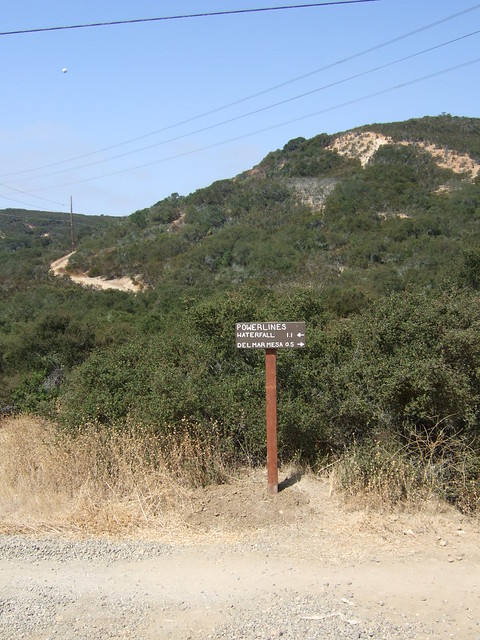 On Saturday, we went to Penasquitos Canyon to start The Hunt for Red October, a fifteen-leg multicache. We knew it would be a long walk (6-7 miles) and involve a fair bit of terrain. It was good to do this cache before we found too many others in the area, since we'd probably end up walking right past several of them in the course of doing this one.

So where was the first waypoint? The waterfall? Del Mar Mesa? Nope... straight up that hill ahead. It was about 200 feet, I think, and the trail was about as vertical as you can get while still defining what you're doing as walking rather than climbing. Someone had actually put paving stones in for footing in some places, but a lot of them had been washed down by the rain over the course of however many months or years they've been out there. Near the top, though, some were wedged in (at a 90-degree angle to the ground, mind you) well enough that they actually helped. 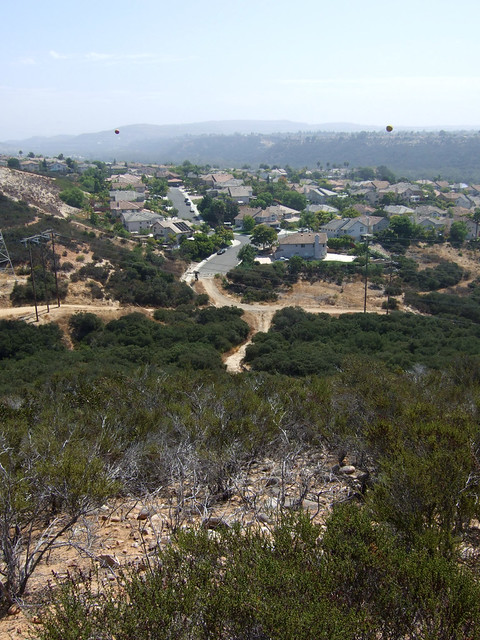 Eventually we made it to the top. I'd brought a lot of water for the long hike we were anticipating, and it was heavy and my shoulder already hurt. It was sunnier and hotter than we'd been expecting, too. I know it's hard to get a proper sense of perspective from pictures like this, but you see that little tiny car parked on the left side of the curved road way down there? That's our car.